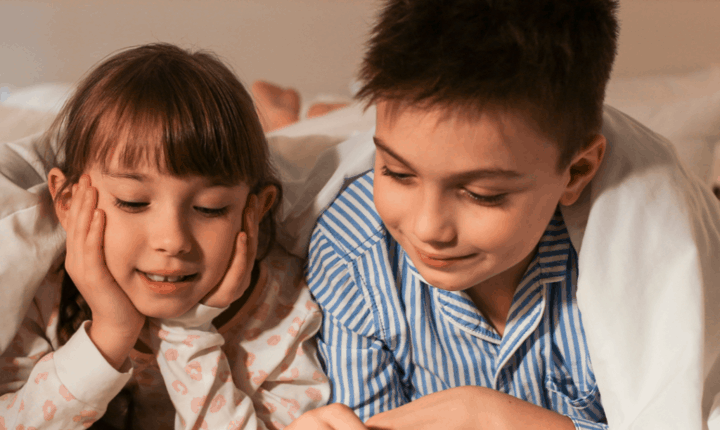 These popular book series will prepare your children to meet the requirements of Canada’s Language Arts curriculum. Canada is famous for its excellent education system, and it produces generation after generation of eager bookworms.

These five well-known and well-loved book series will get your child, and yourself started on a grand learning adventure.

As an English and English as a Second Language (ESL) teacher who works primarily with children, one of the first questions parents always ask me is, “What should my child be reading at home?” Experience has taught me to have good booklists ready to give to parents, so they can head to the library with their kids right away.

It’s crucial for newcomer students to develop a habit of reading. There is a strong focus in Canadian classrooms on critical and analytical thinking skills. And the best and most sure-fire way to develop these skills is to read first-rate books.

Sometimes it’s a challenge to get your child interested in reading. As a parent, it’s important that you get involved in your child’s reading process.

By practicing at home, your child will be able to talk about their reading experiences in class. Their teacher will be very impressed!

An Overview of the Canadian Education System

Settle in Canada with Confidence and Ease

Reading these popular book series will also bring your children closer to their classmates, as it is likely that their classmates are indulging in these books too. Talking about books is a great starting point for new friendships!

Parents often hesitate about this series. It’s understandable. The jokes can be gross and immature, and often the plots do not make sense. But for a young reader, Pilkey’s silly humour and outrageous storylines can often be just the thing to draw them into the world of books.

They can move on to more serious literature later. But, for now, let them read Captain Underpants. The series follows George Beard and Harold Hutchins, two creative best friends who make comic books together. A string of events results in one of their comic book heroes, Captain Underpants, becoming real, and the boys have many exciting adventures with their superpowered creation.

DreamWorks has made this book series into a film. Netflix has also produced a funny cartoon series. Use these as a reward. For example, if your child reads all twelve of the books, then they can watch the movie and the cartoon.

2. A Series of Unfortunate Events by Lemony Snicket

Here is another popular book series that Netflix has faithfully adapted. A Series of Unfortunate Events follows the—obviously—unfortunate trials and tribulations of the three Baudelaire children.

The Baudelaires, heirs to an enormous fortune, are being pursued wherever they go by the greedy and monstrous Count Olaf, who is determined to get his hands on them, and their money, at any cost. This series has a wide range of intriguing—and outright bizarre—characters, settings, and plotlines. Your child will be hooked fast.

The series tagline says it all: “Readers beware, you’re in for a scare!” And there are over sixty different “scares” for a horror-loving reader to choose from. It is recommended that your child should be at least ten years old before they start reading these books, which sometimes have frightening and disturbing content. But once they get started, they won’t be able to stop. They will be pulled into a thrilling world of ghosts, monsters, evil ventriloquist dolls, haunted amusement parks, and even time travel! R.L. Stine has written something for everyone.

Parents should be aware of the fact that these books do not always have happy endings. These types of books are known as “cautionary tales,” and are meant to teach children tough life lessons. The child protagonists in the books often make terrible mistakes and face gruesome consequences. Discuss these consequences with your child, to see what they’ve learned from these stories.

4. The Chronicles of Narnia by C.S. Lewis

Perfect for a fantasy lover, C.S. Lewis The Chronicles of Narnia transports readers into a magical world of evil witches, talking animals, dragons, sea voyagers, and Aslan, the wise lion king who oversees it all. This popular book series is also perfect for introducing your child to the concept of “world-building” in fiction. C.S. Lewis is famous for his skill in creating an entirely make-believe world, populated by make-believe people and creatures.

However, this make-believe world has some very real problems, such as family conflicts, battles for political power, war, freedom, famine, death, and the passage of time. So parents should prepare to have some mature conversations with their children about the topics in the books.

This book series has recently had a big resurge in popularity, thanks to its successful Netflix adaptation “Anne.” This tale of a brave, talkative, and intelligent orphan girl who is adopted into a rural Prince Edward Island community is a beloved Canadian classic.

The selling point of this series is the protagonist herself, Anne Shirley. Anne is whip-smart, resourceful, optimistic, and devoted to her family and friends. She is also ambitious and looks to the future, instead of dwelling on her difficult past. She is not only one of Canada’s biggest cultural icons, but also a role model for children in troubled times. Her story is still relatable, even more than a century after it was published.

This series uses more complicated and advanced language. At this point, your child should already be an intermediate reader and have the skills to look up and absorb new words. Make yourself available to help your child take on new ideas, but also applaud their efforts to do research on their own.

Reading is essential to developing a child’s mind, and with a steady reading schedule, and lots of praise, your child will become an accomplished reader. And maybe, one day, they will be an accomplished writer too, with their own bestselling book series!

Emily R. Zarevich is an English/ESL teacher and writer from Burlington, Ontario, Canada. She has been published previously in Understorey Magazine, Living Education Journal. and Wild Roof Journal. She will soon be published in Dreamers Creative Writing.

Canadian Citizenship by Descent: How to Fill Out CIT 0001 Application – Immigroup