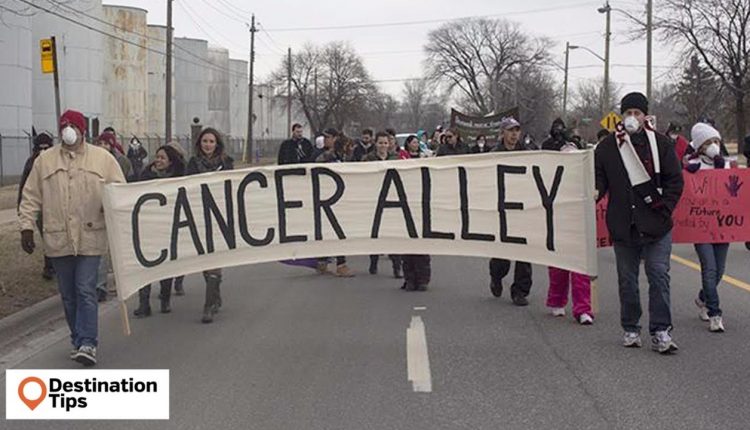 5 Worst Places To Live in Canada

Get more Tips here!
Just a few short months into Donald Trump’s reign, Canada was already saying that, “In the event of a mass exodus of American citizens, Canada will always be a hospitable country.” Of course, the Great White North isn’t all sunshine and sparkles. So here are the Top 5 Canadian cities you’re going to want to avoid.

At Number 5. Kitchener-Waterloo, Ontario
If you’re fleeing the States to avoid the tidal wave of racial abuse, best avoid Canada’s hate crime capital, Kitchener-Waterloo. Verbal and physical attacks on minority ethnic, religious, and LGBT communities happen here on a higher per capita rate than anywhere else in the country.

Number 4. Miramichi, New Brunswick
The city of Miramichi however, banded together to craft a symbol of the town’s growing support for the LGBT community. Shortly afterwards, the stamps were defaced twice. What’s more, residents have responded with outright homophobia.

Number 3. Sarnia, Ontario
This might look like a boring little town, with a decent cost of living and good enough schools. That’s if you ignore the fact that the view is densely populated with pollution-spewing factories. Also, ecumenic stagnation has caused Sarnia’s downtown area to become a ghost town.

Number 2. Saint John, New Brunswick
Saint John is very close to an idyllic little town of resplendent natural beauty named St. John’s. So unless you want to work in a paper mill or a nuclear power plant, you should definitely shoot for St. John’s NOT St. John.

And at number 1. Thetford Mines, Quebec
Did you know people still mine asbestos? It’s got to come from somewhere; at least, that’s the philosophy in Thetford Mines, a place so dedicated to extracting the exceptionally unhealthy substance that they named the town after it.

Where do you think the worst place to live in Canada is?

How to search for architect jobs in Canada

How Arts student can get canada visa with proper career counselling !!!

Get PR in Canada After Work Permit (Canadian Experience…