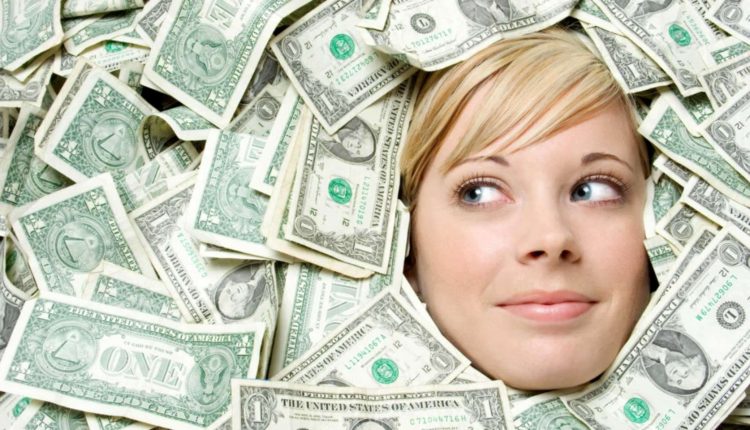 As a finance major, you’ll be working with a lot of other people’s money; and it’s no surprise that some of that money would fall into your pocket. You’ll get a better start in your finance career if you do a few internships in your field. Once you do, you can expect to earn about $46,500 to start and $87,300 at mid-level.

Economics is another college degree that leaves you with tons of career options, from banking to finance to education and government. If none of those interests you, you can also land jobs in law (with further education), consulting, public policy and research. Starting salary for those majoring in economics is around $45,000 but by mid career, you see a hefty boost to around $95,000.

Before you immediately pass over math as a major, think about this: those who major in math have some of the lowest unemployment rates of any other major — 95% of math majors are employed. They are also quite well compensated for their work, with a starting salary of around $47,000-$52,600 and a mid-career salary of $89,900-$98,600.

If you haven’t noticed it yet, it pays to be very good with numbers.
Statistics majors will be tasked with tracking large amounts of data, analyzing it, and focusing down on the results. You’ll need serious skills with spreadsheets and even some programming ability for this career. A statistician can pull in about $50,000 right out of school and about $99,000 by mid-career.

Do you want to work for a company like Apple or Microsoft and help program the next big thing in computers? Well, they want to pay you a lot to do it. Major in computer science and do well in school, including doing some internships and projects, and you’ll probably land a job that starts out paying around $55,000. Stick with it and you could be making 6 figures by mid-career.

Physics is another one of those college degrees that makes most of our brains hurt even thinking about pursuing, but if you can wrap your mind around it, you will be glad you did. Physics majors have a lot of options, working in museums, the military, laboratories and schools. They are also paid very well for understanding the way the universe works. Right out the gate they are paid nearly $50,000 and by mid career, they are making just over $100,000.

If you are simply looking for a job that pays the biggest bucks, you can’t go wrong in pursuing a college degree in engineering. In fact, seven of the top highest paying college majors are various engineering majors, like petroleum, chemical, electrical, materials science and aerospace; so you have a large range of options which fits you best. Depending on which field you choose, you can start out getting paid between $50,000-$95,000, and by mid career, you be up to $85,000-$155,000. WOW! And here’s me having majored in Drama!

Jurisdiction of the visa office in Beirut for temporary residence applicants