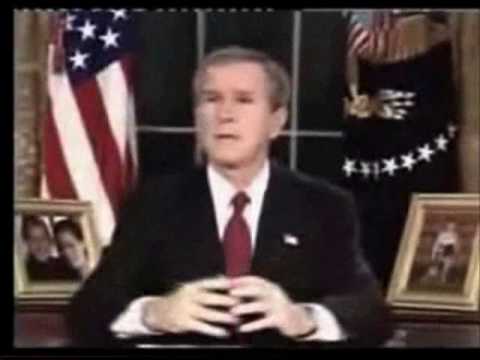 I want my representative in the U.S. House of Representatives to vote to impeach President George W. Bush, Vice President Richard B. Cheney, Secretary of State Condoleezza Rice, Secretary of Defense Donald H. Rumsfeld, and Attorney General Alberto Gonzales for high crimes and misdemeanors, and to have the case prosecuted and tried in the U.S. Senate.

Canadians who seek to save their country, must therefore seek to cancel NAFTA, as the legal basis for the greed-driven and fear associated pursuit of the destruction of Canada, under the pretext of the “War of Terrorism”.

A Case for Repealing NAFTA and Blocking the NAU.
Canada-( )
America-( )
Mexico-( )
All Reject NAFTA

The North American Free Trade Agreement was supposed to raise living standards for both American and Mexican workers. Instead America has lost jobs by the thousands and Mexican workers are being exploited. Now the Bush Administration wants to extend the same types of agreements to the rest of Latin America, China and India. Tell Congress not to accept these exploitive agreements.

“Stephen Harper lives in a legal Disney World. In that Disney World, there’s no constitution, no Charter of Rights. No rule of law.”

— Irwin Cotler, the Liberal justice minister, reacts to the Conservative leader’s comments about some Canadian judges being “social activists.”

OTTAWA — The Canadian Forces are using a controversial private security firm to train some of its sent to Afghanistan.

10 Countries Where You Can Start A New Life