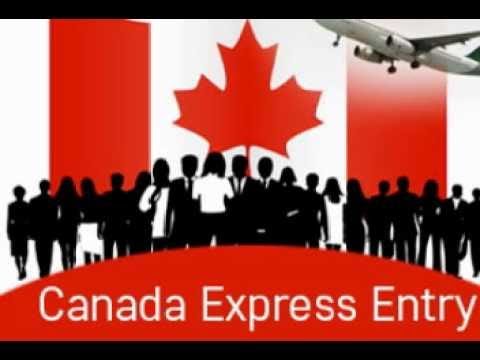 Canada Express Entry 2017,All You want to know Canada Immigration,How to Immigrate to Canada

Express Entry Canada 2017
Implemented in January 2015, the Canadian Express Entry program is Canada’s new system for managing immigration applications for several of the country’s economic immigrant programs including Federal Skilled Worker, Canadian Experience Class, and Federal Skilled Trades. People interested in immigrating to Canada to live and work on a full-time basis, who meet the criteria for at least one of these immigration programs, can formally express their interest in becoming a permanent resident of Canada by creating an Express Entry profile. Once added to the Express Entry pool, candidates will be scored according to the program’s point-based Comprehensive Ranking System (CRS), and this score will determine the candidate’s rank within the pool. People with the highest scores will then be invited to apply to immigrate to Canada as permanent residents.

Citizenship and Immigration Canada (CIC) invites the highest ranking candidates from the Express Entry pool to apply for expedited Canadian immigration on a frequent basis via official “rounds of invitations”. In order to be selected in one of these Express Entry draws and issued an Invitation to Apply (ITA), an applicant must rank near the top of the pool of potential candidates according to the Express Entry Comprehensive Ranking System. The program’s CRS will assess the details of a candidate’s Express Entry profile and rank them according to major predictors of economic success, factoring in their education, skills, work experience, language abilities, and a variety of other elements that are known to help migrants flourish in Canada. Provinces and territories, as well as eligible employers in Canada, can also directly recruit potential immigrants from the Express Entry pool, and candidates who receive a job offer or provincial nomination are awarded a significant number of points giving their Express Entry score a major boost.

To ensure you have the best possible chance of being selected for immigration to Canada, you can retain the services of a Canadian immigration lawyer who can help you take the necessary steps before and during your application to maximize your chances of success.

How to Become a Permanent Resident of Canada

The fastest way to move to Canada as a permanent resident is via the new Express Entry system. The immigration management program is completed entirely online, and makes the Canadian immigration process extremely efficient for qualified candidates from across the world. Most Canada PR applications submitted under Express Entry will be processed in 6 months or less.

Express Entry Canada
In order for Canada to assess a potential immigrant’s eligibility for Express Entry, the program requires that applicants create an online profile containing all their credentials. Once an Express Entry profile has been created for the candidate and he or she has been accepted in the program, the potential immigrant’s profile will be put into a pool with other candidates and potential employers and provincial nominee programs can then compare the different applications. If an eligible employer or Canada PNP chooses a candidate from the Express Entry pool, he or she will then receive 600 CRS points for the provincial nomination or up to 200 points for the qualifying job offer. There are then official Express Entry draws where top candidates are given an Invitation to Apply (ITA) for Canadian residency.

Invitation to Apply for Permanent Residency in Canada

(French) What Happens When I Go To Immigration Court?