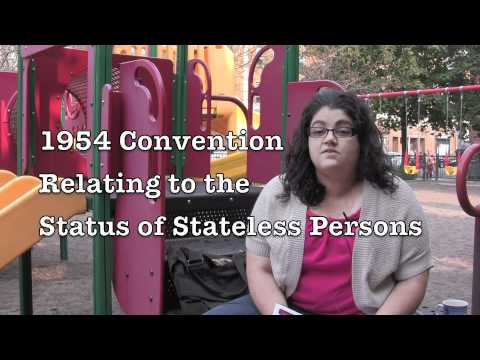 A stateless person is a person that no state recognizes as a citizen. According to the UN Convention on the Rights of the Child, every child has the right to a nationality. Governments who have signed this Convention (including Canada!) must protect this right, especially where the child would otherwise be stateless. Unfortunately, Canada doesn’t always do that. Canada’s Citizenship Act was changed in 2009, limiting Canadian citizenship to the first generation born to Canadian parents outside Canada. Although the government explained that this new law is to “protect the value of Canadian citizenship,” it actually has the effect of leaving some children stateless. There are 12 million stateless persons in the world, and now Canada is adding new stateless children to the number. Check out this interview with settlement worker and community organizer Monica Abdelkader to learn more. Get involved:

Marriage | Partner Visa | Canada | Australia | What You Should Know