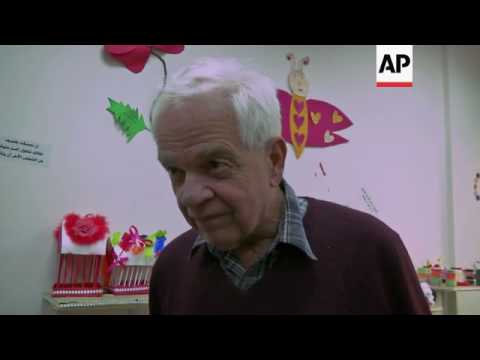 AP TELEVISION – AP CLIENTS ONLY
Sidon – 18 December 2015
1. Mid of Canadian Minister of Citizenship and Immigration John McCallum leaving his car and greeting UNHRC personnel
2. Wide of the group walking between refugee tents
3. Wide of McCallum speaking to children with the help of an interpreter
4. Wide of McCallum walking in the Debane refugee camp
5. Mid of McCallum greeting children
6. Mid of McCallum speaking to a man with the help of an interpreter UPSOUND (English) “What did you do before you came here.” (Answer: “I worked in farming.”)
7. Wide of the group leaving the camp
8. Mid of Canadian Ambassador to Lebanon Michelle Cameron walking with Syrian refugees
9. Mid of McCallum and Cameron meeting children at a Mercy Corps Youth Centre
10. SOUNDBITE (English) John McCallum, Canadian Minister of Citizenship and Immigration:
“Part of the reason I’m here is to talk to our people on the ground and say, ‘Are we ready to get all those people over to Canada so fast.’ Because there isn’t much time left until the end of the month and we still have some 8 or 9-thousand to bring over.”
11. Cutaway of McCallum
12. SOUNDBITE (English) John McCallum, Canadian minister of Citizenship and Immigration:
“Our sole criteria is to chose the most vulnerable irrespective of religion. We don’t mind if they’re Muslim or Christian or whatever. But we chose the most vulnerable to bring to Canada. So right now we have something like 18-thousand people going through our process and those people have come from the United Nations lists.”
13. Wide of McCallum speaking to a Syrian family resettling to Canada UPSOUND (English) “Soon you will be coming to Canada. I don’t know exactly when.”
14. Mid of McCallum UPSOUND (English) “A few weeks, maybe before the New Year I hope.”
15. Cutaway of a child drawing
16. Wide of McCallum shaking hands and welcoming the family to Canada
17. SOUNDBITE (Arabic) Yaser Ahmad, Syrian refugee resettling to Canada with his five children:
“Everyone is surprised. No one expected it to happen. Hopefully things will go well and everything will be good. It happened suddenly and we weren’t expecting it.”
18. Close of a child drawing
19. Close of a child drawing
STORYLINE:
The Canadian Minister of Citizenship and Immigration visited Sidon in southern Lebanon on Friday to take stock of the efforts made by Canadian authorities to resettle refugees to Canada and offer aid to others.
John McCallum visited Syrian refugees living in the Debane camp, south of the city, who are recipients of Canadian aid, before meeting with a family of seven who are to relocate to Canada.
The family members do not speak English and the father, Yaser Ahmad, said they do not know yet were they are being resettled.
Ahmad has four sons and one daughter.
McCallum’s visit comes as Canada’s new prime minister has vowed to resettled 25,000 Syrian refugees to Canada by the end of February 2016.
About 18,000 cases are already being processed, with many, like this family, waiting for their plane ticket to a new life.
===========================================================
Clients are reminded:
(i) to check the terms of their licence agreements for use of content outside news programming and that further advice and assistance can be obtained from the AP Archive on: Tel +44 (0) 20 7482 7482 Email: info@aparchive.com
(ii) they should check with the applicable collecting society in their Territory regarding the clearance of any sound recording or performance included within the AP Television News service