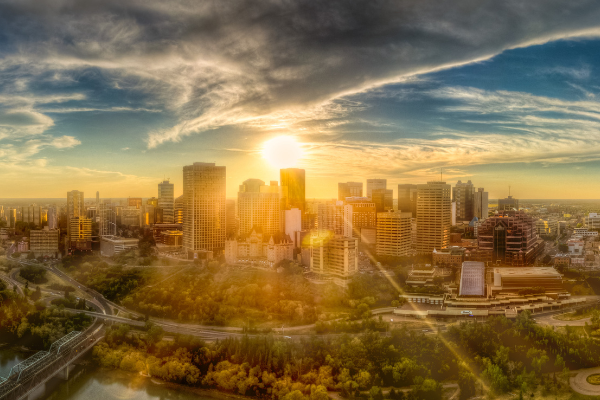 Many Canadian cities are growing in population, in part due to immigration that is driving growth. So, if you’re one of the many people about to call Canada your new home, join our Prepare for Canada Online Summit 2022. You can connect with housing, employment, and settlement experts who can provide a pathway to your success. Our guest experts have direct experience helping newcomers achieve success in Canada.

Canada is the second-largest country in the world by area. So you can expect cultural, regional, physical, and economic differences across the country. And because of this, choosing a Canadian city can be an overwhelming decision. As Canada is ready to welcome 1.3 million immigrants over the next three years, we want to help you discover these growing Canadian cities!

Canadian Cities on the West Coast

The West Coast region is located between the Coast Mountains to the east and the Pacific Ocean to the west. British Columbia is known for its majestic mountains and it is Canada’s Pacific gateway.

Surrey, British Columbia is a growing city that offers a great community for families and an ideal location for newcomers. It has a population of 568,322 and continues to grow. Surrey is part of the Metro Vancouver Area and is only 23 km from Vancouver.

Surrounded by the sea and mountains, Vancouver, British Columbia is one of the world’s most beautiful cities. Stanley Park, one of North America’s largest urban parks, helps Vancouver rank the third-highest quality of living globally. The Metro Vancouver Area has a population of 2,643,431 and offers a mild climate, cultural diversity, and an impressive natural setting. 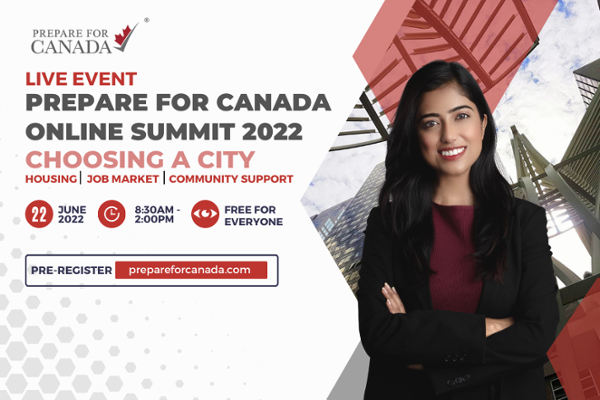 The Prairie Provinces include the provinces of Alberta, Saskatchewan, and Manitoba. These provinces are rich in energy resources and have some of the most fertile farmland in the world. Learn more about the Canadian cities in this important region of Canada.

Calgary, Alberta is a large Canadian city with a population of 1,581,000. It offers both a diverse population and economy. With its affordable housing, low sales tax, and job opportunities, this city is worth exploring. And, it’s a paradise for those who love the outdoors. As an Olympic city, it offers close access to some of the most beautiful landscapes in the world.

The capital city of Alberta, Edmonton is the second-largest city in the province with a population of close to 1.4 million. Because of the massive oil, gas and oil sands reserves in Alberta, Edmonton is called the “oil capital of Canada”. Its growth, low taxes, jobs, and diverse population make Edmonton attractive to immigrants from around the world.

Regina, Saskatchewan is a mid-sized, thriving city with a population of 215,106. Located in Canada’s Prairie provinces, Regina is known as Canada’s sunniest capital city. It offers a strong economy and a low unemployment rate

Saskatoon is a great multicultural city to live, work, study, and play in. Found on the banks of the South Saskatchewan River, it’s known as the City of Bridges. It is the largest city in the province of Saskatchewan with a population of 266,141. Looking for a growing Canadian city that offers career opportunities across many industries? Visit the Saskatoon booth.

The Canadian city of Winnipeg, Manitoba is known as the “gateway to the West” connecting Ontario to the Prairie Provinces. A mid-sized city with a population of 749,607, it offers big-city living at an affordable cost of living.

Central Canada is the most populated area of Canada. It includes Canada’s national capital, Ottawa, Ontario. As well, it is Canada’s industrial and manufacturing heartland. Learn more about some of its growing cities.

Mississauga is a large Canadian city with a population of 717,961. It neighbours the City of Toronto and is part of the Regional Municipality of Peel. It’s attractive to people from around the world because of its quality lifestyle, community programs, leisure programs and welcoming atmosphere.

Ottawa, Ontario is the capital city of Canada and plays a vital role in Canadian history. Canada’s Parliament building towers over this picturesque city. It’s a proud multicultural city and reflects the rich cultures and traditions of both English and French Canada. With a population of 1,017,449, it is considered a large city by Canadian standards. Visit the Ottawa booth and chat with representatives from YMCA-YWCA of the National Capital Region, Newcomer Information Centre, and the Employment Access Centre.

This Canadian city is the 7th largest city in the province of Ontario with a population of  229,660. Windsor is the southernmost city in Canada and home to the Ambassador Bridge, the busiest commercial border crossing between Canada and the United States. Speak to employment and settlement representatives from Women’s Enterprise Skills Training Training of Windsor (WEST).

Fredericton, New Brunswick is a Canadian City Located in the Atlantic Provinces

Canada’s Atlantic provinces are an important part of Canada’s history and development. Learn more about Fredericton, the historic capital city of New Brunswick.

Fredericton is the capital city of New Brunswick. In 2021, it ranked number two among Canada’s top 10 cities. With a population of 63,115, it’s considered a small city by Canadian standards. It’s known as the “start-up capital of Canada” and one of the best cities to live and work remotely. Be sure to connect with representatives from igniteFredericton.

Immigrate to Canada: How to create an Express Entry profile