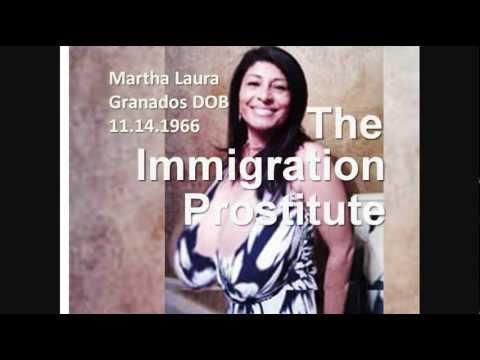 There are Laws, Court and Police practices that encourage an epidemic of False Accusations of Domestic Violence, Abuse and Rape in this country.

The “Feminist” Ideology that is now Indoctrinated into Politics, the Government, Courts, Police and General Public, that:
– Women are Good, Men are Bad
– Women are helpless Victims, Men are Perpetrators
– Women need Help and Protection, Men must be Restrained, Prosecuted and Jailed!

If you are an immigrant woman, pretend to be in love with a US citizen or a Legal Resident, get him to marry you. Then dial 211 and falsely accuse him of Domestic Violence and Rape and move to a VAWA shelter.

You will be on a fast-track for a Green-Card and US citizenship – all expenses paid for by the US tax payer and as a bonus you will be getting full social benefits.

All VAWA self-petitions for a Green Card are automatically approved without any investigation!

All Women who claim to be Victims of Abuse automatically receive Social, Legal and Immigration services without any investigation!

No investigation leads to Fraud, Corruption, Lies and False Accusations.

The Violence Against Women Act, VAWA grants $1 Billion to the Misandric Domestic Violence Industry, money that is used for propaganda… it is used to brain-wash the public with the Sick, Venomous Feminist Doctrines which are:

Would you think about this and reply with your answer ?

There is no hurry, take your time, think about it….

The question to be answered here is: How do we defeat 45 years of “Feminist” Domestic Violence Industry Evil Indoctrination that is now Indoctrinated into Politics, the Government, Courts, Police and General Public, Encouraging an Epidemic of False Accusations of DV and Rape, that:
– Women are Good, Men are Bad!
– Women are helpless Victims, Men are Perpetrators!
– Women need Help and Protection, Men must be Restrained, Prosecuted and Jailed! ?

“There are a thousand hacking at the branches of evil to one who is striking at the root” – Thoreau, Henry David

This is the story of Martha Laura Granados, an immigrant woman from Saltillo, Coahuila, Mexico who abused the Violence Against Women Act (VAWA) by pretending to be in love with an American Legal Resident. Martha prostituted herself to him for three years, deceiving him, making him believe her intentions were honest until he married her. She then falsely accused him of Domestic Violence and Rape in order to get to a VAWA funded shelter and file a VAWA self petition to obtain a Green Card.

Martha is now enjoying a vast number of social benefits all paid for by the US tax payer which include free housing, certification, employment, paid relocation and free education for her sons.

…and an express immigration proceedings for a Green Card and US Citizenship for herself, her sons and her relatives.

There is a law in this country (The Violence Against Women Act – VAWA) that provides motives and incentives for an immigrant woman to prostitute herself, lie, deceive and abuse an American citizen in order to convince him to marry her, and then VAWA provides motives and incentives for her to falsely accuse the innocent American citizen of Domestic Violence, rape and abuse.

The VAWA immigration loop-hole:
The formula is simple: Pretend you’re in love with an American citizen or a Legal resident, get them to marry you, then, a few months later start making unsupported accusations of abuse. The accusations will stick, even if completely unsupported by facts. In no time you will be on the path to permanent residency and with plenty of help from US taxpayers. The innocent US spouse often pays a heavy price in terms of psychological distress, legal bills, damage to reputation, and in many cases even a criminal record.

How to Convert Canada Tourist Visa to work permit