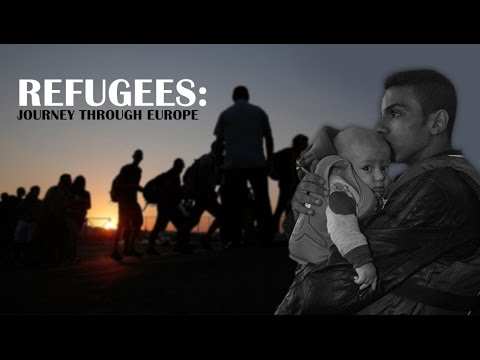 Refugees: Journey through Europe (From Syria to Serbia)

For weeks, Macedonia has blocked passage into its territory for thousands of mainly Middle Eastern refugees seeking entry into Europe. The Macedonian government has said they cannot take the strain, echoing statements made by other European politicians. “The migrant crisis threatens Europe’s soul,” says the Italian Foreign Minister. But what about the refugees themselves? This film is a journey with the refugees from Macedonia through Serbia to find out how hard life is on the road, often with the sick and with children: this migration is of epic proportions.

Originally, mostly from Syria, they are fleeing war largely fuelled by the West and are trying to reach Hungary, an EU member. Refugees are currently desperate to get into Hungary as soon as possible, as time is running out. Hungary is building a four-meter high fence along its borders. Hungarian Prime Minster Viktor Orban has likened refugees to terrorists and does not want them to pass through his country. Orban has been condemned for his unsympathetic treatment, but is Europe acting any differently?

How Many Points Do You Need To Immigrate To Canada?