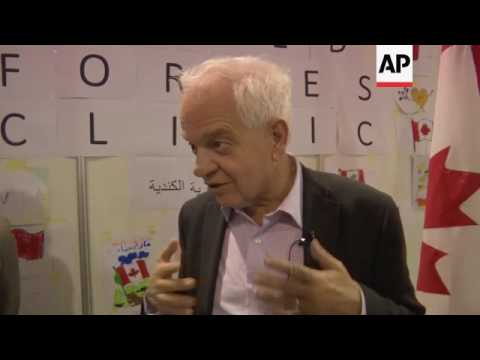 (21 Dec 2015) Canada’s Minister of Immigration and Citizenship said on Saturday the country’s resettlement program for Syrian refugees could double its intake by the end of next year to 50,000.
John McCallum was in the Jordanian capital of Amman on Saturday and Sunday, meeting with Syrian families preparing to board flights to Canada.
He told one family: “Everyone in Canada is waiting to meet you.”
McCallum also toured development projects and refugee facilities.
He said Canada hoped to settle 35,000 to 50,000 Syrian refugees by the end of 2016.
McCallum said other nations were interested in the programme rapid vetting of refugees as well as Canada’s open-arms approach to the refugee crisis.
Under the programme, the UN refugee agency is selecting the 25,000 refugees to go to Canada from millions living in Jordan, Lebanon and Turkey.
After the initial screening by the UN, eligible refugees will undergo further checking by officials from Canada and the International Organisation for Migration (IOM) who set up operations at a Jordanian convention centre.

A Framework for the Education of Career Practitioners in Canada