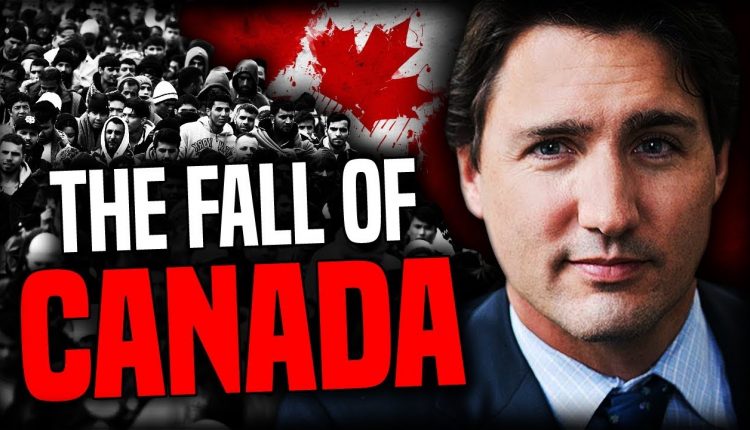 The Fall of Canada. Prepare Yourself Accordingly.

▶️ We Need Your Support:
▶️ Sign Up For Our Newsletter:
▶️ MP3:
▶️ Soundcloud:

“The entire Canadian political establishment, the mainstream media and the academics, are all in harmonious unison with the banks and corporations, in promoting two myths to justify mass immigration.”

“The first myth this book demolishes is the claim that immigration into Canada ‘enriches the country’, by demonstrating that mass immigration is not only leading to Euro-Canadians becoming a small minority in their own homeland, but because of the disparity in the birth-rate, the Euro-Canadian population is likely to become almost extinct.”

“The second myth this book demolishes is the regularly repeated claim that Canada is a ‘nation of immigrants’ by demonstrating that Canada was founded by Indigenous Quebecois, Acadians, and English speakers.”

“This book also exposes the rewriting of Canada’s history in the media, schools, and universities, as an attempt to rob Euro-Canadians of their own history by inventing a past that conforms to the ideological goals of a future multiracial and multicultural Canada. Canada In Decay explains the origins of the ideology of immigrant multiculturalism and the inbuilt radicalizing nature of this ideology, and argues that the ‘theory of multicultural citizenship’ is marred by a double standard which encourages minorities to affirm their collective cultural rights while Euro-Canadians are excluded from affirming theirs.”

Dr. Ricardo Duchesne is a historical sociologist, a professor at the University of New Brunswick and the author of “The Uniqueness of Western Civilization,” “Faustian Man in a Multicultural Age” and “Canada In Decay: Mass Immigration, Diversity, and the Ethnocide of Euro-Canadians.”

Canada In Decay: Mass Immigration, Diversity, and the Ethnocide of Euro-Canadians:

The Uniqueness of Western Civilization:

Faustian Man in a Multicultural Age:

Your support is essential to Freedomain Radio, which is 100% funded by viewers like you. Please support the show by making a one time donation or signing up for a monthly recurring donation at: