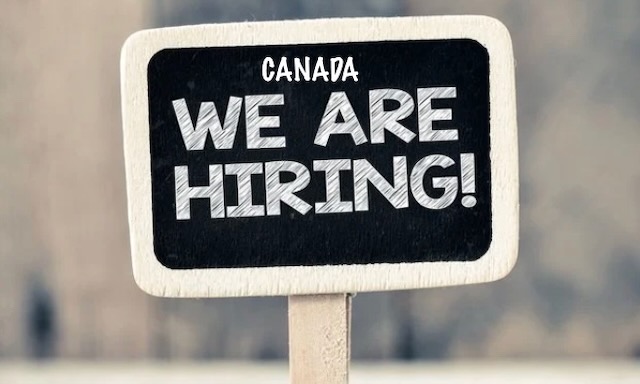 The good news for newcomers to Canada in April’s jobless statistics is the fact that employers were looking to fill about  825,000 positions.

And finding workers right now is difficult with the unemployment rate at a record low of 5.2 percent.

And even though job growth slowed last month, the economy still added about 15,300 positions. That was short of the 40,000 that had been predicted but the unemployment rate is the lowest in almost 50 years.

For those newcomers trying to decide where to settle in Canada, here are the jobless rates last month by province (numbers from the previous month in brackets) as compiled by Canadian Press:

Canada’s labour recovery is among the strongest

Canada is now experiencing one of the world’s top labour recoveries from COVID-19 (employment in Canada has risen 1.9 percent since February 2020; in the U.S. it has fallen 1.4 percent)

As the Immigration, Refugees and Citizen Canada (IRCC) ministry stated recently, “Immigration is more important than ever to fuel Canada’s economy, as our strong economic growth is now outpacing our ability to find and keep workers. Canada is a top destination for global talent. We need to use this fact to ensure that businesses and employers have access to the skilled workers they need to grow and succeed.”

As reported last month, the unemployment rate for immigrants who landed in Canada within the past five years remains at a record low according to Statistics Canada’s March Labour Force Survey. 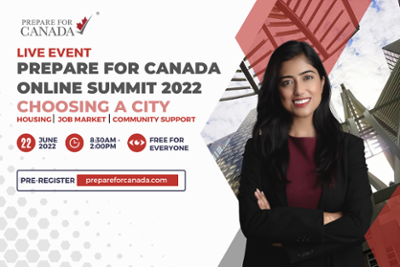 In April, full-time work fell by 31,600 jobs; part-time positions jumped about 47,000. Construction employment fell by nearly 21,000 – and most of the month’s gain in jobs was driven by the private sector.

“In fact, perhaps one reason for the rapid moderation in job growth is that employers simply can no longer find workers – so the cooling is more of a supply-side story (lack of available workers) and not an indication of slowing demand.”

What’s unknown going forward is what effect recent and future interest rate hikes by the Bank of Canada will have on the labour market.

Recently, Tiff Macklem, the governor of the Bank of Canada, said that the economy is moving into “excess demand,” outgrowing the economy’s productive capacity.

The Bank of Canada has raised its policy rate twice this year  (that includes a half a percentage point in April, which took it to 1 percent – as part of its strategy to tame inflation, which now sits at a 30-year high of 6.7 percent. The bank has said to expect additional rate hikes this year and into 2023.

Meanwhile, wage growth in Canada, which Macklem had forecasted would rise due to inflation, has so far been insignificant and is not matching inflation.

We’ll need next month’s readings to offer a clearer picture of whether job growth is slowing in Canada than just one month alone.

In April, average hourly wages jumped 3.3 percent on an annual basis. That’s down from 3.4 percent in March.

What does the inflation fight mean for the job market going forward?

Pandemic has been left in the dust

Derek Holt, head of capital markets economics at Bank of Nova Scotia, recently wrote in his analysis of the most recent jobless report that he thinks “it’s possible but hard to prove that Canada’s job market may have been stronger than it appeared last month (April) notwithstanding minor progress.

“Statistics Canada says that only 15,300 jobs were created in April and the underlying details were quite soft…we’ll need next month’s readings to offer a clearer picture of whether job growth is slowing in Canada than just one month alone.”

He also said that the [Bank of Canada] “won’t alter its course in any way on the basis of one soft [April] jobs report, albeit a still positive one.

“The bank’s nearly singular focus is now upon inflation,” said Holt, who added in a recent report that “the pandemic has been left in the dust.”

For newcomers who got permanent residence between 5 to 10 years ago, it dropped to 5.8 percent compared to 6.3 percent in March 2022.

And, in the immigrant group that obtained permanent residence 10 years ago or more,  the jobless was 4.6 percent in April compared to 4.8 percent in March.

Canada risks running out of workers

In April Nikita Perevalov, Scotiabank’s Director of Economic Forecasting wrote that the rise in the number of jobs being added recently “underscores that Canada is in danger of running out of people in the labour force.”

Canada is planning to welcome 1.3 million newcomers over three years while clearing an estimated backlog of 1.8 already approved newcomers. Additionally, Canada will be landing more Afghan refugees and thousands of Ukrainians fleeing that country which has been devastated by a Russian invasion.

Canadians born between 1946 and 1964 are nearing retirement dates over the next decade (nearly 9 million in total), The country’s low birth rate means immigration will be used to fill the positions.

For example, it’s predicted that the impact on Alberta’s labour force will be massive if the youngest boomers quit working at 65, the traditional Canadian retirement age.

Experts are calling on government and private sector employers to develop strategies to entice the youngest boomers to remain in the workforce and to also prepare for when they eventually leave.