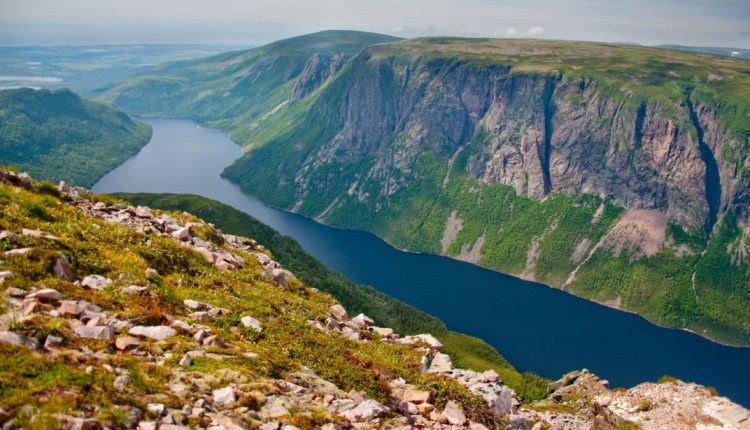 Gros Morne National Park is a beautiful terrain in the heart of Newfoundland. Tourists can hike and camp throughout the park, with advanced terrain for experienced adventurers and simple campgrounds for those who want an easy trip to take in the sights!

Located on the edge of the Atlantic Ocean, Peggy’s Cove hosts one of the world’s most iconic lighthouses. Only a short drive from the city of Halifax, this is one destination you’ve got to check out! Make sure you try some fresh lobster while you’re in the area!

One of Canada’s most beloved literary characters, Anne of Green Gables, had her fictional home on Prince Edward Island. Now PEI pays tribute to the red-haired, freckled girl through the Anne of Green Gables Museum. Located minutes from the beach, this is one destination worth checking out on PEI!

Located in the bustling city of Montreal, the Old Port is a section of the city that’s been preserved for hundreds of years. With cobblestone streets and old stone shopfronts, this part of the city is a glorious choice for an afternoon stroll or for a night out on the town! Old Port plays host to some of the city’s top-ranked restaurants, too, so foodies be aware!

Canada’s tallest building and arguably the heart of Toronto, the CN Tower is a must-see destination if you’re in Ontario. A staggering 553 meters tall, the tower allows tourists to travel up to the top and look out across Toronto and Lake Ontario. This is a view you won’t forget!

Located in Northern Manitoba, a train ride away from Winnipeg, the town of Churchill is known for the polar bears who visit every year. If you’re seeking a longer trek and you’re willing to put up with a colder climate, you can be one of the lucky few in the world to have seen a polar bear up close and personal!

The agricultural hub of Canada, Saskatchewan’s prairie lands host vast, flat fields where crops are grown. Nestled under the enormous Prairie sky, taking a roadtrip through this landscape is a sight you won’t soon forget!

We couldn’t put together a list of Canadian destinations without including at least one ski hill! Whistler is Canada’s crown jewel of ski resorts. The largest in North America, this is a great place to spend a winter weekend hitting the slopes with your friends and exploring the nightlife in the Whistler village.