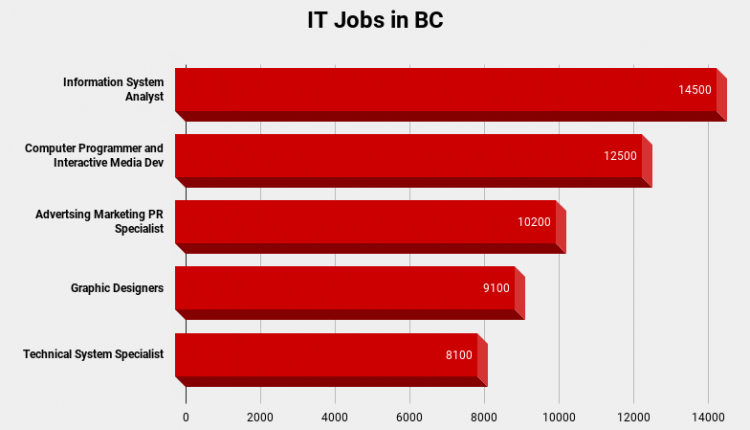 These 34 applied through the BC PNP Tech Pilot which allows 32 specific job occupations under the NOC to qualify for permanent residence in BC.

What Job Occupations Does the BC PNP Tech Pilot Cover?

As mentioned above, there are 32 occupations that BC is aiming for in 2018.

To give you an idea of what IT jobs are needed in BC, here is a useful graph of data published in a report by the BC Tech Association.

Minimum CRS Scores Needed to Apply in BC PNP Draw 2018

If you want to immigrate to Canada and specifically BC you have to know the minimum CRS scores needed to apply in the first place. Below is a list of scores needed in the last general BC PNP draw on the 16th May 2016.

These same scores were also needed in the most recent BC PNP draws for the Tech Pilot program.

How to Immigrate to BC

Do you want to find out how to immigrate to with the BC PNP Tech Pilot? Find out if you can qualify for Canadian immigration when you sign up with us.

Immigration: The United States of America vs Canada – Immigroup