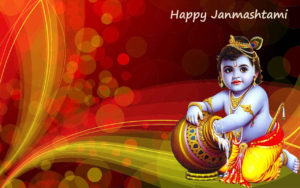 Krishna Janmashtami is a Hindu holiday. 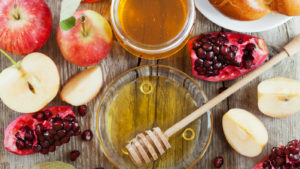 Krishna Janmashtami (Hindu) is a day to celebrate Lord Krishna, who worked to remove sufferings.

Independence Day (Vietnam) commemorates the country’s independence from France in 1945.

Labour Day (Canada, U.S.A.) is an annual holiday that celebrates the achievements of workers. It happens on the first Monday of September. It originally gave workers the chance to campaign for better working conditions or pay.

International Day of Charity (UN) is celebrated to raise awareness for philanthropic causes.

Paryushan-Parva (Zoroastrian) is celebrated over a period of eight days, and is considered the holiest time in the Jain calendar.

Defence Day (Pakistan) is celebrated to remember those fought to defend Pakistan war against India in 1965.

International Literacy Day (UN) is a holiday for all countries in the United Nations. Its focus is to highlight the importance of literacy.

Rosh Hashanah (Judaism), which ends on September 11, is the Jewish New Year.

Muharram (Islam), also referred as Al-Hijra, is the first month of the Islamic New Year. It lasts until October 9.

Ganesh Chaturthi (Hindu) is a celebration in honour of one of the major gods of the Hindu religion, Ganesh.

Hispanic Heritage Month (U.S.A.) is a holiday that celebrates the contributions of Hispanic and Latino Americans to the country. It ends October 15.

Dia de la Independencia (Mexico) is known as the Mexican Independence Day. It marks the country’s “cry for independence,” which began a revolt against the Spanish.

International Day for the Preservation of the Ozone Layer (UN) is a day to raise awareness about the importance of protecting the ozone layer.

Keiro No Hi (Japan) is a holiday to honour the elderly.

Yom Kippur (Judaism), which ends on September 19, is one of the holiest days in the Jewish year. Known as the Day of Atonement, Jewish people observe it with fasting and repentance.

Ashura (Islam), which ends on September 21, marks the martyrdom of Hussain, the grandson of Mohammed.

International Day of Peace (UN) is a day where there a ceasefire in all combat zones so aid can get in.

Oktoberfest (Germany) is a funfair held for 16 days. There is lots of food, beer and games for people to enjoy.

Chichen Itza Festival (Mexico) is a Mexican festival to mark the autumnal equinox.

Independence Day (Bulgaria, Mali) is a celebration of the days that Bulgaria and Mali began to self govern.

Autumn Equinox (International) is the first day of fall, one of two days where the day and night are completely equal.

Chuseok (Korea) is the Korean Thanksgiving Day. It’s a celebration of the harvest and thanksgiving for the bounty of the earth. Family members come from all over the country to visit their ancestral homes. It takes place until September 25.

Anant-Chaturdashi (Jain, Hindu) in the Jain faith is a day when individuals ask for forgiveness for their mistakes. In the Hindu faith, individuals engage in singing and dancing as they bring their Ganesh idols to the waterfront to give Lord Ganesha a warm farewell.

Kshamavani (Jain) is a day for seeking and granting forgiveness. It is also known as Forgiveness Day.

Sukkot (Judaism), which lasts until September 30, is a harvest festival lasting nine days, beginning the fifth day after Yom Kippur.

Trung Thu (Vietnam) is a Vietnamese festival for the harvest moon.

Harvest Moon Festival (China, Hong Kong, Taiwan) is a festival that consists of a variety of activities that involve the moon, such as moon gazing and eating moon cakes.

Our Lady of Mercedes (Dominican, Peru) is a day to celebrate the Virgin Mary.

Heritage Day (South Africa) is a day when South Africans celebrate their diversity.

Mashiyyat (Bahá’í) marks the 11th month of the year. In English, it means “will.”

World Maritime Day (UN) is a holiday that stresses the importance of safety in a maritime environment.