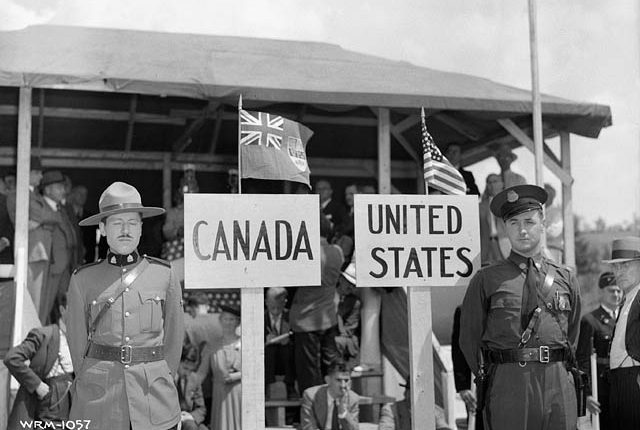 What’s the difference between a TRV and a TRP? – Immigroup

When dealing with immigration and other government agencies, frequently it’s hard to understand their internal jargon. One common question is “What is the difference between a TRV and a TRP?” It’s very understandable how people could easily become confused by these two terms which government officials can use without much explanation.

By definition, a TRV is a Temporary Residence Visa, which includes Visitor Visas. This is a visa which is issued to people who are coming to Canada temporarily and not immigrating to Canada permanently. This visa is put into the holder’s passport when it is issued by an officer and shows that the holder has met the requirements to gain entry into Canada as a visitor, worker, or student.

On the other hand, TRP stands for Temporary Residence Permit. This document is a permit that can be granted to visitors to Canada who are otherwise inadmissible. A TRP will let people who under normal circumstances would not be let into Canada by immigration authorities come into the country for a limited amount of time for various purposes such as visiting or tourism (seeing family, weddings, funerals, excursions, etc.), business (meetings, conferences, speaking engagements, etc.), or even awaiting processing of a sponsorship application.

It is possible that someone could need only one of these documents or both a TRP and TRV to come to Canada. For example, if a person from the United States was convicted of DUI, he would need only a TRP to enter Canada. This is because as a US citizen, he does not need to apply for a visa to enter Canada as a visitor. However, because of his criminal conviction, he would be considered inadmissible to Canada and would need a TRP to get into the country.

Another example is if a person from China had been convicted of theft, he would need a TRV and TRP to enter Canada. In this situation, he would apply for the TRV (Visitor Visa) and include the necessary documents to apply for a TRP. If the Visitor Visa is granted, the visa will be issued by the Canadian Embassy and the TRP will be issued at the port of entry. This is because as a person from a country whose nationals are required to apply for a visa to come to Canada, and because he has a criminal conviction which would make him inadmissible to Canada, this person would need both a Visitor Visa (Temporary Resident Visa) and a Temporary Resident Permit.

Always keep in mind that even if you are admissible to Canada and have proper documentation such as a TRV or TRP, a border guard may still determine not to let you into Canada at his or her discretion.

Should I Apply for My TRP at the Port of Entry? (Border/Airport)

How risky is it to apply for a Temporary Resident Permit at your Port of Entry when you arrive in Canada?

To answer that question, the first thing you have to understand about a Temporary Resident Permit (TRP) is that it is NOT the same as a Temporary Resident Visa (TRV). A TRV is an official approved visa stamped in your passport that allows you to enter Canada on a temporary basis for one of 3 reasons:

Please note that a Temporary Resident Visa is NOT a study permit or work permit and has to be obtained along with your study and/or work permit.

If you’re looking for a mere visitor visa to Canada, a TRP is not for you.

Who should apply for a TRP?

So, we know what a TRP is not, but what is it in fact? As we have mentioned here at IMMIgroup, a TRP is for people who:

In other words, a Temporary Resident Permit allows people to come to Canada who would normally not be allowed in due to inadmissibility – which essentially means you are seen as a burden or danger to Canada – or due to not complying with the requirements of the IRPA and/or IRPR. It is usually given because of the reasons you present for having to visit Canada, and because those reasons are seen as valid enough to outweigh concerns about your inadmissibility on the part of immigration officials.

As will be explained below, the reasons for your needing to visit Canada are balanced against the severity of the causes of your inadmissibility.

Applying for a TRP

There are two ways to apply for a TRP:

However, while there may be occasions when you can successfully apply for a TRP at your Port of Entry (POE), beware. A TRP is entirely at the discretion of immigration officials and can be cancelled at any time. Applying for a TRP at your POE is a risky strategy that could find you being put on the next flight back to where you came from. Proceed with caution and at your own risk, as they say.

Still want to try applying for a TRP at your POE? Let’s see how good your chances are.

People who can’t apply for a TRP

If any of the following applies to you, then you should NOT bother applying for a TRP as it will be rejected out of hand. We’ll assume for all of these cases that you are abroad as we are assessing the feasibility of applying for a TRP when you arrive in Canada.

How your TRP Application is Assessed

Now it’s time to consider how immigration official will assess your TRP application in order to see which cases or situations, if any, might be more suitable for applying at your POE.

In the first place, serious inadmissibility issues require the decision of a senior official in order to grant a TRP, making it more likely you will be rejected if you apply for a TRP at your Port of Entry. These are the following:

If any of the above describes your situation, then clearly you would be best to avoid even trying for a Temporary Resident Permit, much less attempting to apply for one at a Port of Entry where the most likely outcome would be your immediate arrest and detention by the authorities.

What are some of the other factors which immigration officials consider when deciding whether to grant you a TRP?

Though it might seem counterintuitive, the above factors can work against you as an immigration official might be unwilling to allow you the rights that temporary resident status confers, but this would also depend on the seriousness of your inadmissibility. As well, these are complex issues that immigration officials have to decide and applying at a Port of Entry puts them under even more pressure, making it likely that your application for TRP may be refused unless your reason needing to travel to Canada is compelling.

Some further assessment factors that are considered by officials are:

Finally, if you, as a refugee, have received a final determination on your claim or on a Pre-removal Risk Assessment (which tries to determine if you would be at risk if you were sent to a country where you would be at risk of persecution) then officials will assess your TRP application without considering the following risks:

In other words, if your refugee claim has been denied but you are able to travel to Canada anyway and you apply for a TRP at your Port of Entry, you won’t be able to argue that your fears of persecution or torture or mistreatment are sufficient reasons to allow you into Canada on a TRP.

Pre-removal risk assessments, on the other hand, are generally for people in Canada who face removal due to a failed claim and don’t apply to someone who’s arriving in Canada and applying for a TRP at their Port of Entry.

Summing up the Evidence – Should you try to apply for a TRP at your POE?

Given what we’ve seen on how immigration officials decide a TRP application, the default answer is no you shouldn’t try, unless you feel your case is fairly clear and your reasons for inadmissibility are not serious ones but rather a case of carelessness or unintentional mistakes. 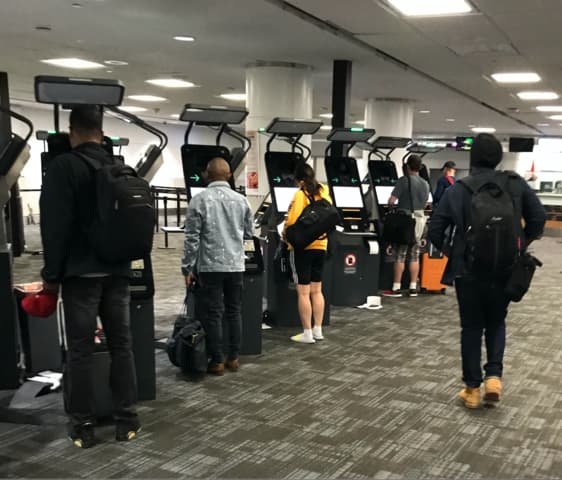 A port of entry is any border crossing into Canada, including airports and harbours.

Please note that the U.S. and Canada share data on visitors and immigrants of all types so any violation of immigration rules and regulations that you may have committed in the USA will likely appear on Canadian border officials’ computer systems, making the granting of your TRP very unlikely, unless you have good reasons for those previous violations and have taken steps to remedy them.

You should have the following when you arrive at the Port of Entry (POE):

Remember the border official is judge, jury and executioner and you are pleading your case before them. As well, they have to make an important decision within an hour or two which they have to then justify to their superiors. Do not get impatient, angry, or frustrated. Answer all questions politely and truthfully no matter if the official is aggressive in their manner of questioning.

You will have to fill out an application form which is similar to a criminal rehabilitation form. Carefully and truthfully answer all the questions and fill in all the required fields. Any inconsistencies (whether accidental or deliberate on your part) will most likely result in the rejection of your application. Make sure you answer as accurately as possible.

Of course, the best way to apply for a Temporary Resident Permit from outside Canada is to do so at a consulate and endure the processing time (up to 6 months in most cases) if you can. However, because sometimes certain situations (maybe a funeral of a family member in Canada for example) require immediate travel, there may be occasions when you have no choice but to apply at your port of entry. Be aware that this is a fairly low-probability strategy and you may very well be rejected and turned away at the border.

Get 50 CRS Points for Express Entry With French Language…

How to get a scholarship for international students in the…

What is The Best city to Invest in Property?

The Top 7 Fastest and Cheapest Ways to Immigrate to Canada…

Try a little playfulness if your family’s pandemic routine…

How to get a scholarship for international students in the UK

What is The Best city to Invest in Property?

Full-Time Kindergarten With The Upper Canada District School Board