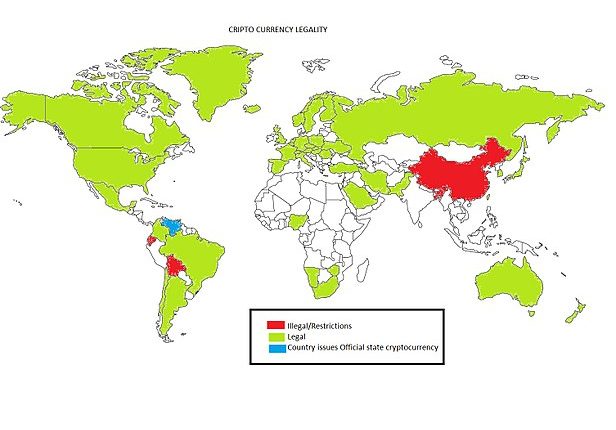 Best 12 Cities to Become a Bitcoin Millionaire In – Immigroup

Are you what they call a crypto nomad? Or a digital nomad? Someone who just needs a good Wi Fi or broadband connection for your laptop or cellphone in order to exist? Because you make all your money with bitcoin or another crypto currency?

If you think about it, you might need more than 100 Mbps + in order to work and live or just pass through any city around the globe. You need a way to easily turn your digital coin into money you can spend. On the other hand, if your work pays you in what they call fiat currencies – normal currencies – then you might need a way to access your good, old-fashioned bank account and pay down your Credit Card bills.

Because while digital currencies are multiplying like fruit-flies on a pile of rotting bananas, it’s still relatively hard to find businesses who will accept bitcoin as payment. That in part is due to the commodity-like volatility of just about every digital currency with any kind of reasonable following. That is, by design really, they behave like gold and not like a stable currency like the US Dollar – or its weaker cousins in Australia, New Zealand, and Canada – or the Euro, Yuan, Yen, and Pounds Stirling. It has to do with the fact that a fixed total supply of the digital currency is announced when the currency is first developed. No one seems to want to risk having a digital currency that increases in supply in response to demand, although so-called Stable Currencies are beginning to be debated and hopefully will be developed further.

So, you either have a volatile digital commodity in your (hopefully) hardware wallet, or you get paid in normal currencies but like to travel as you work. Where can you go? The cities with the fastest internet connections? Not necessarily, if you want businesses that deal in bitcoin or other digital currencies. Consider the following Top Ten list of cities based on the number of self-identified bitcoin businesses one can find there as given at CoinMap. Remember that this is based on a crowd-sourced survey, so these numbers, while apparently up to date, may in fact not always reflect the reality on the ground. 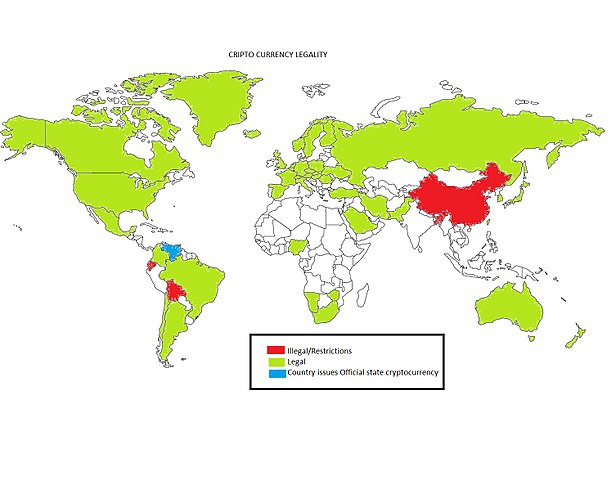 As Forbes magazine points out, the fact that there are a lot of businesses that deal in bitcoin in a city like Buenos Aires or Bogota can in fact mean that inflation or other problems in those cities is such that businesses and consumers are desperately turning to digital currencies as a hedge, not because they have the fastest broadband connections. That said, being able to grab a beer or a meal in a city that’s around a third of the cost of living as New York City, is pretty cool if you think about it. Even if you have to wait three times as long for the transaction to be validated because of the slow connection.

But aside from the fact that there are a surprising number of bitcoin businesses in places like Buenos Aires and Bogota – not to mention Caracas, Venezuela where desperate residents have turned to bitcoin as a hedge against surreal levels of inflation as well as against a collapsing society and economy – how easy is it to do banking in those cities? How easy is it to send and receive funds? How many options do you have, compared to a city like San Francisco or New York, or Vancouver for that matter? 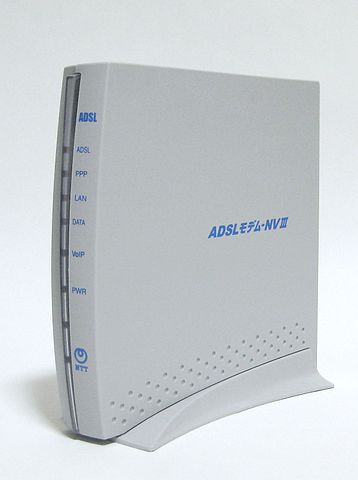 In order to dig a little deeper into what kind of cities are functional places for digital nomads to migrate to, we decided to look at the banking system in each city – and of course in the country in which the city is located. As well, speed matters when it comes to broadband. If you have to download the bitcoin blockchain onto your laptop and your connection speeds are 10 Mbps or less, that’s a problem.

Now let’s put together our two tables and try to develop some strategies for travelling the world as a Digital or Crypto Nomad. As you can see from comparing the two sets of data, developing a strategy involves trade-offs between innovation, security, and cost.

With download speeds of around 44 Mbps for the faster internet providers and a cost of living about 85% as expensive as New York, you can take comfort in the fact that French banks are safe and there are all sorts of options for moving money in and out of the country.

But careful, banking in France is still quite bureaucratic.

There are over 80 bitcoin-friendly businesses as well, but with broadband speeds well below the average for European cities, you’ll have to show some patience. Or go somewhere else. 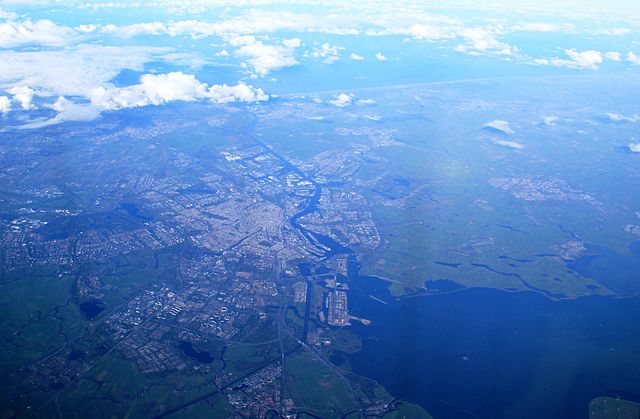 Bitcoin has found a welcoming home in The Netherlands since the early days. The country hosts more than a few key bitcoin enterprises like Bitonic, BL3P, and Bitruch making cities like Amsterdam major hubs in the so-called crypto universe.

Broadband that measures around 79 Mbps is surprisingly slow, but you can bet that the over 80 bitcoin businesses in Amsterdam will include some major players.

It’s fairly expensive, with a cost of living just behind that of Paris, but overall a worthwhile city to start your crypto-nomad journey in. 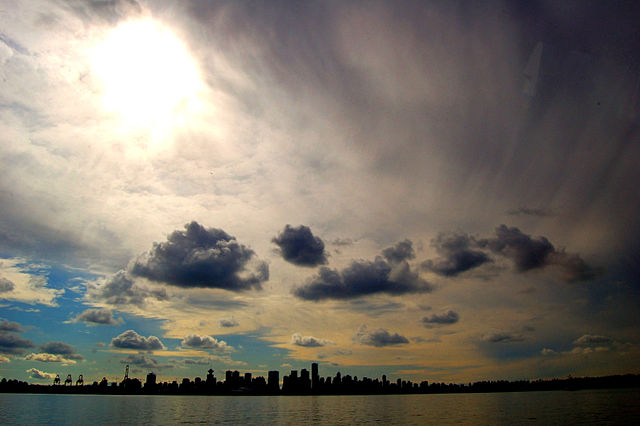 Lots of bitcoin businesses. Either a world financial centre with some key players in the bitcoin space – sorry, not you guys in Vancouver – or a diverse prosperous city with a growing Asian community where bitcoin is a key feature regarding people’s investment options  -yes, London could also be described this way as well, it’s true.

Broadband speeds are good if not quite the best, and the ease of moving money in and out of the country is among the best in the world in either city.

A definite stop for any bitcoin nomad, even if you’re heading for more exotic locales.

Summers are hot and humid. Broadband connections are good at almost 300 Mbps, if not quite the fastest. And although there are only 5 bitcoin businesses, there are a couple of Bitcoin ATMs. And the city is definitely cheaper than New York.

Maybe a good place to set up a new bitcoin biz?

Summers are hot and humid. Broadband connections are slow. But there are plenty of bitcoin businesses.

Inflation is a problem, but it’s about a third of the cost of living as compared to New York. Traffic is bad. Crime is a problem. People kiss on the cheek. You decide if it’s worth your stay. 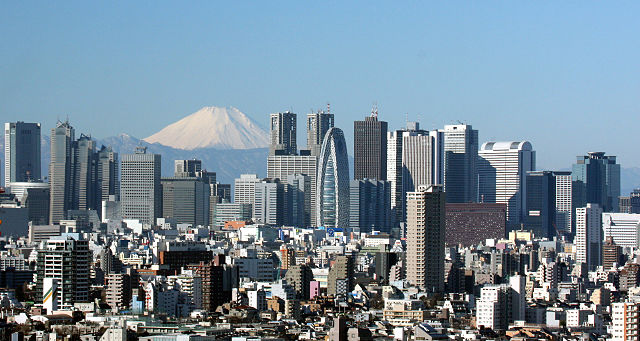 A world financial centre with banks that are desperately trying to deal with a declining population that is growing older by the day. Huge amounts of debt which hang over the country.

Yet it is also a centre for technological innovation and has been for decades now, with the world’s first bitcoin exchange. That would be Mt. Gox, which ended up bankrupt after either a glitch or a hack resulted in over 600,000 individual bitcoins getting lost or stolen. But Tokyo is filled with technology and has almost 80 bitcoin businesses, including a bike rental shop for a quiet peaceful bike ride through downtown Tokyo. Or perhaps a cool drink at the WizeWise cocktail lounge.

Like any huge city, Tokyo has something for everyone. 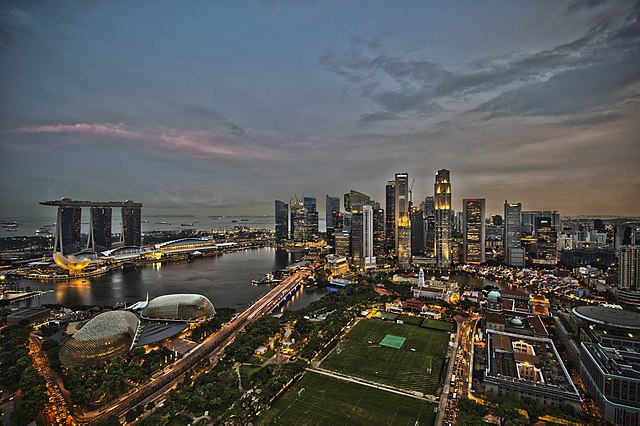 Broadband connections that reach speeds of up to 1 Gbps for less than $40 per month. Banks that rank in the top 15 of the world’s safest financial institutions. And bitcoin businesses like the Tiffany Yacht club near Seoul, or the Bartini cocktail lounge in Singapore.

Neither city is cheap – especially Singapore – but these are urban centres that function smoothly and are places to do business. A definite stop for any bitcoin traveller or entrepreneur.

2. Stuck in the Middle but Well-Connected: Kansas City, Missouri and Omaha, Nebraska

Great internet speeds of up to 1Gbps, even if you have to pay $90 a month. A surprising number of bitcoin businesses, with 60 in Kansas and 13 in Omaha. You can order fried chicken from Krispy Krunchy Chicken in Kansas or contract a Roofing company in Omaha to fix the leaks in your rental and pay them in bitcoin. Or who knows?

Maybe a little mid-western work ethic is exactly what your bitcoin business needs. 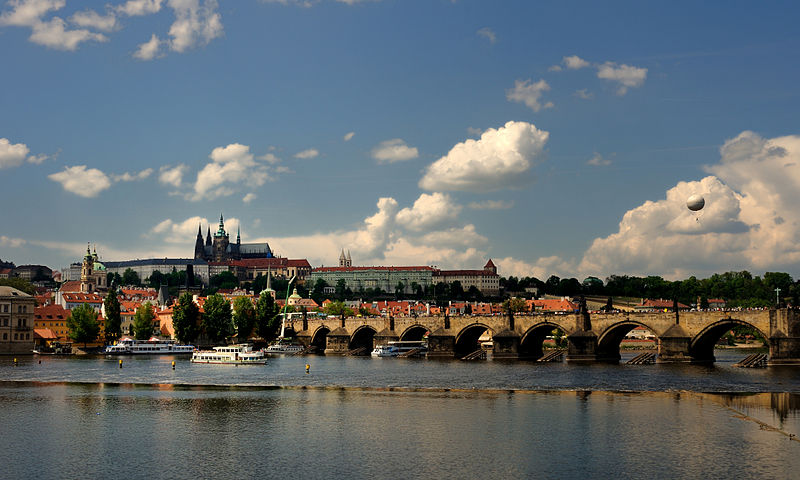 With broadband speeds of around 60 Mbps they’re not going to beat a city like Kansas for downloading speed but with 147 bitcoin businesses, Prague is definitely a place for digital nomads.

When you throw in a cost of living that’s half of what New York is, and architectural treasures in what has been one of Europe’s cultural centres over the years, then Prague is a must for anyone who travels on bitcoin.

So, if you know how to find a digital wallet that is secure – that includes cold storage of course – and are eager to set out with only a public address and private key as the portals to your personal savings, there’s a whole lot of places around the globe for you to visit. Don’t be surprised at some of the destinations, whether in Colombia or in Kansas. The world’s waiting.

Do you disagree with some of our assessments? Let us know what you think. We’re always interested in your opinion.

An International Education In Toronto

5 ways international students can harness emotional intelligence to deal with…